The Sunday Morning Tune-up ~ Of My Own Free Will 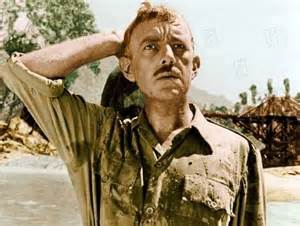 What Have I Done?

In times like these, we all need to think – creatively – and act – vigorously – wherever and whenever we are able to fix whatever we can. ~ Robert Royal

Those familiar with David Lean’s Bridge On The River Kwai remember the movie’s climactic scene when Colonel Nicholson, played brilliantly by Alec Guinness, exclaims in the last minute of his life, “What have I done?” It was as if he had convinced (deluded) himself into his own catatonic stupor…Well I am convinced our entire society has done exactly that.

I read this letter to the editor in our local paper the other day, Heroin Does Not Discriminate, and it really made me realize how we fail ourselves daily by creating and reinforcing our own image as pathetic and powerless victims. Why does no one catch this? People, of their own free will, choose to shoot heroin for the same reason they choose to engage in child porn or pedophilia, or drink themselves into oblivion. In every case, somewhere along the way, they unplugged themselves from their own power source. They have disconnected themselves from their own self-respect and the true light of their own miraculous creation as beings cast in the image of God. We did not do this to ourselves in one fell swoop. We died as a society by a thousand cuts of a thousand poor choices from the day we grew out of innocence.

Just like Zika, one day one administrator decided to place a cultural Marxist in your child’s classroom. Before long, certain books by certain authors began disappearing. And then before you know it, the Kipling nutrient goes from depleted to absent in the masculine bloodstream, as accurately diagnosed by Mr. Esolen here in a “Failure By Design”. We didn’t actually lose our virtue. It was targeted and assassinated, as we begin devouring our new-found diet of selfie tabloidism with the insatiable appetite of the new Caligula…one who would have made the original blush.

And after all traces of virtue and manhood disappear from men, the deviants rise to the occasion:

The petition says that “a year spent around a seminar table where the literary contributions of women, people of colour, and queer folk are absent actively harms all students, regardless of their identity”, and that the course “creates a culture that is especially hostile to students of colour”. ~ “Yale English Students Call For End Of Focus On White Male Writers” And the National Honor Societies start disappearing…and when honor is no longer recognized, rewarded or valued, the dark and twisted side of human nature slithers in to fill the void. Immoral gang-bangers who can dunk a basketball are elevated to super hero status while entrepreneurial job-creators who proclaim their love for Jesus are ostracized and metaphorically crucified in our new world disorder. A healthy moral people do not choose addiction, but the indoctrinated, misguided and uninformed do, making themselves easy prey and setting the stage for the darkest night of human nature in all of history. Accountability is next to go as the weak and powerless are fattened for the new vampires prowling the entertainment, sports, academic and political landscapes.

Because the soul of man devoid of love – Diabolical Narcissism – is the quintessence of human perversity – it is monstrosity defined. ~ Ann Barnhardt

We, of our own free will, have loosed this night of terror on ourselves. I was visited in my dreams several nights ago by a shocking apparition of this new hell. I dreamt I killed an innocent child and was in the next instant visited by three muslim elders, as I was one of them. It occurred to me the next morning that my vision was the polar opposite negative of the Nativity. Instead of the Three Wise Men visiting the Birth, I saw three jihadists visiting the death.

Delusion>Clarity>Death…Nicholson deluded himself into thinking he was embarked on something noble and heroic, when in reality he was engaged in a treasonous act that would have resulted in the deaths of thousands of allies and his own countrymen. But hold your horses and stop the presses! Think about his last “Delusion>Clarity>Death” moment…MY GOD…what if it had been Clarity>Delusion>Death? Do we not understand we are ALL living the Nicholson moment? IF I have clarity and my own free will, the only question worth asking is what will I choose to do in my own moment…

IF ~ by Rudyard Kipling

If you can keep your head when all about you
Are losing theirs and blaming it on you;
If you can trust yourself when all men doubt you,
But make allowance for their doubting too:
If you can wait and not be tired by waiting,
Or, being lied about, don’t deal in lies,
Or being hated don’t give way to hating,
And yet don’t look too good, nor talk too wise;

If you can dream—and not make dreams your master;
If you can think—and not make thoughts your aim,
If you can meet with Triumph and Disaster
And treat those two impostors just the same:.
If you can bear to hear the truth you’ve spoken
Twisted by knaves to make a trap for fools,
Or watch the things you gave your life to, broken,
And stoop and build’em up with worn-out tools;

If you can make one heap of all your winnings
And risk it on one turn of pitch-and-toss,
And lose, and start again at your beginnings,
And never breathe a word about your loss:
If you can force your heart and nerve and sinew
To serve your turn long after they are gone,
And so hold on when there is nothing in you
Except the Will which says to them: “Hold on!”

If you can talk with crowds and keep your virtue,
Or walk with Kings—nor lose the common touch,
If neither foes nor loving friends can hurt you,
If all men count with you, but none too much:
If you can fill the unforgiving minute
With sixty seconds’ worth of distance run,
Yours is the Earth and everything that’s in it,
And—which is more—you’ll be a Man, my son!