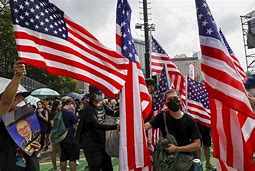 Boldness & Fortitude WITHOUT a 2nd Amendment!

This was according to the eternal purpose which he has realized in Christ Jesus our Lord, in whom we have boldness and confidence of access through our faith in him. ~ Ephesians 3:11,12

The most fascinating thing to me in this life is the number of us who, willingly or otherwise, miss the most transformative moments of our lifetimes, and in most cases the very point of our existence. Some would call it purpose. Which begs the question. Is sense of purpose something we are born with, or something we develop and grow into?  I think of Frodo, and the world Tolkien masterfully overlaid on our own, and it is purpose above all things that screams out to me. Who among us would choose the dark dangers of Mordor over the creature comforts of the Shire…without the call of purpose?

What an amazing life we are living at such a monumentally pivotal moment in the entire history of the world. I suppose, speaking for myself, I can recall an early sense of some sort of destiny that evolved into a higher purpose that felt more like something out side of myself pulling me to it. Like a tractor beam I would often be drawn away and distracted from, but always come back to.

During my baptism ceremony a few years ago, I confessed that I had surrendered to the Lord, only after turning over every other stone. Even though I was an Oath Keeper before I was saved, I am Christian before Oath Keeper, otherwise what is the worth of my Oath? There are two contrasting proverbs; There is honor among thieves, and there is no honor among thieves. The first speaks to an understanding within the ranks, while the second refers to the reality that men will say either or to suit the current situation of men. This is exactly why our Founders warned us that our system of government was designed for a moral people. My Oath is not to the current situation of men, but to the only King I will ever bow to. And the only men and women in this world I trust with my life and the lives of my family, are those who have sworn the same.

Realizing so much affecting our world is the timeless tug of war between good and evil that is playing out in the same domain of powers and principalities described by the apostles, several of us on the Oath Keepers Board created our Sunday night Fellowship Call and Prayer & Fast Wednesdays as a way of turning to Him for  help in developing the necessary muscles for such a fight. It was in this place we were given the theme of “Humility” Wednesday before last, and “Boldness” this past Wednesday. In the Wednesday before we were presented with Humility’s exact opposite quality as demonstrated by CNN anchor Chris Cuomo. This past Wednesday, Old Bridge NJ Democrat Councilman Mark Razzoli provided the most wonderful act of boldness I have ever witnessed. I say boldness because he is speaking these truths in a country where our kids are waving Communist flags while the kids in China are waving our flag on the streets of Hong Kong!

I linked Fortitude to Boldness reading the Ephesians quote above. Our purpose realized in Christ grants us the boldness and confidence through our faith which provides the fortitude so essential to the fight. And, quite honestly, if you don’t think the fight is coming, you’re simply not thinking. And this article from the Epoch Times explains how and why.

Political correctness originated with Mao Zedong’s Chinese Communist Party, when he established in 1967 that those who support socialist policies are ‘politically correct,’ and those who oppose them can be publicly shamed, arrested, or killed. ~ The Corrupt Romance Between Big Business and SocialismEpoch_Times_20190821_A13_0

And this on Fortitude, In his philosophical masterpiece, the “Summa Theologica,” St. Thomas Aquinas defines fortitude as a firmness of mind that is required to do good and endure evil. He goes on to say that “fortitude strengthens a man’s mind against the greatest danger, which is that of death. … [The] dangers of death which occur in battle come to man directly on account of some good, because, to wit, he is defending the common good by a just fight.” ~ Saint Thomas Aquinas, Fortitude, and the Green BeretsEpoch_Times_20190820_A16_0

Make no mistake #TheStorm is coming. Our theme/focus for this Wednesday Prayer & Fast is The Full Armor of God.

We welcome you to join us… www.oathkeepers.org