The Sunday Morning Tune-up ~ The Whole Armor of God 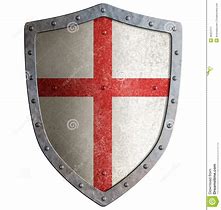 That you may be able to stand…

Finally, be strong in the Lord and in the strength of his might. Put on the whole armor of God, that you may be able to stand against the wiles of the devil. For we are not contending against flesh and blood, but against the principalities, against the powers, against the world rulers of this present darkness, against the spiritual hosts of wickedness in the heavenly places. ~ Ephesians 6:10-12

I took an old friend to task the other day for not showing up to support the decorated army combat veteran who was publicly lynched on August 21st by a CAIR mob in Toms River NJ, even though the veteran was my old friend’s relative. My old friend lived twenty minutes away from the scene of the hanging. I drove two hours to support a perfect stranger, and two hours to get back home. Another old friend who had posted about his need to start attending community events because of the very same Islamification happening in his community was a no-show too…even though he was less than an hour away as well. They weren’t the only ones who didn’t show. Nobody but a handful of Oath Keepers and two disabled vets showed up for Dan Leonard. WHY?

What is now happening in our communities has more fully metastasized in Europe. It is too late for Europe. Jews are fleeing France in record numbers. Churches are being vandalized, torched, and replaced with mosques. Honest investigative journalists like Tommy Robinson and Katie Hopkins are thrown into jail and/or having their families threatened and their lives turned upside down for reporting the truth about what is happening. We are in the process of losing and/or surrendering our freedom and our Western Culture. Over here #MAGA Trump supporters are being violently attacked in public places, while Conservative celebrities like Sarah Huckabee and Tucker Carlson are confronted in restaurants and have mobs show up at their homes, terrorizing their families while so many of us remain silent. WHY?

The overwhelming majority of people I grew up with, though they may dare to express their opinion on their Facebook page about what is happening, are silent, indifferent, and disengaged in the very places it matters most. I had one of them assure me the other day, that he would kill anyone who harmed his family. WHAT? Everything I’ve just described is “harm” in the making. Imagine how Germany, Europe, and the world might have been spared the horror of 50-60 million people killed, had the average German stood up to the evil BEFORE the evil took power? WHY DON’T WE TODAY?

I’ll tell you WHY…We’re afraid. Many of my silent friends live storybook lives. They’re afraid…we’re all afraid of losing…losing everything from friends, jobs, and possessions to the greatest risk of all as Saint Thomas Aquinas pointed out in last week’s SMTU; To do good in the face of evil is to face the danger of one’s own death. The schoolyard bullies of our youth have come back to taunt us as bigger monsters. The Corporate Media, together with Hollywood, the Tech Giants and faux “Social Justice” groups like the Southern Poverty Law Center and CAIR have all combined to form the most wicked bully to ever roam the planet seeking to destroy everything it cannot control, and everyone it cannot tame.

Dear friend, Life’s most detailed and revealing polaroid is developing incrementally by the day. Most all of what we’ve been led to believe about the world in which we live has been a great lie told by a confederacy of Godless liars and thieves who’ve stolen the future of countless souls and plundered the birthright of an entire nation. By the grace of God, a great purge has begun, shining a cleansing light on the darkest evils imaginable, creating a most precarious balance between the forces of good and evil. To be silent now, as Bonhoeffer himself warned us, is to side with the evil.

Our (Oath Keepers) foray into the realm of Principalities and Powers has brought us through the complementary lessons of humility and boldness leading up to this week’s donning of the Whole Armor of God. All that remains to us is the question of our commitment to truth, or as Oswald Chambers puts it, “Our Devotion as Disciples”. If we can stand before God apart from Jesus Christ, we have proved that Calvary is not needed. As soon as Jesus Christ comes in, He produces havoc because the whole world system is arrayed against His redemption. It was the world system of His day, and particularly the religious system, that killed the Son of God. A world system, I hasten to add, that is crumbling before our very eyes in these very moments.

I spent all day Friday in a Brooklyn recording studio with Adrian, the same engineer who produced Wide Awake in 2010. He moved here from Switzerland in 1994 “to be a rock star”. His band did open for Santana once, and he auditioned to replace STP’s Scott Weiland last year. He doesn’t see any of the world I’ve just described to you. He does not know Angels from Devils. Tomorrow we will put the finishing touches on my parts in three new songs, Angels from Devils being one. He’s a refreshingly rare rational Progressive Liberal. The rational part probably comes from being 50…

I’m going to leave here in the morning. Don’t think I can make one more day. Who can tell rainbows from hell, or angels from devils anyway?

I will close with a few amazing quotes from another great theologian, “To be under pressure is inescapable. Pressure takes place through all the world; war, siege, the worries of state. We all know men who grumble under these pressures and complain. They are cowards. They lack splendour. But there is another sort of man who is under the same pressure but does not complain, for it is the friction which polishes him. It is the pressure which refines and makes him noble.” And “God provides the wind, Man must raise the sail.” And, “Hope has two beautiful daughters; their names are Anger and Courage. Anger at the way things are, and Courage to see that they do not remain as they are.”  ~ St. Augustine of Hippo

I love Hope…she gave me my second song, When the World Turns Around;

When it all goes down, won’t find me sittin’ around wonderin’ what am I gonna do. When Truth is back in town honest men ‘l come around and make a better world for me and you.

Now, all we need is the Courage to act. God will provide the rest!

NOTE: CAIR is the real bully playing victim in CT too. If you wish to help please reach out to my friend Jane at act4ourcountry@cox.net Or, message me and I can provide details.